A multi-column list is a very basic type of tabular data table that allows data to be arranged in columns. Unlike a traditional data table, with its rows and columns, a multi-column list displays all its data in cells typically arranged into a small number of columns. Developers should consider this primarily as a means of creating "lists", rather than as a way to present data in a table.

The following illustrates the difference between a data table and a multi-column list:

As shown above, all the data from one record is available in one cell of the multi-column list. 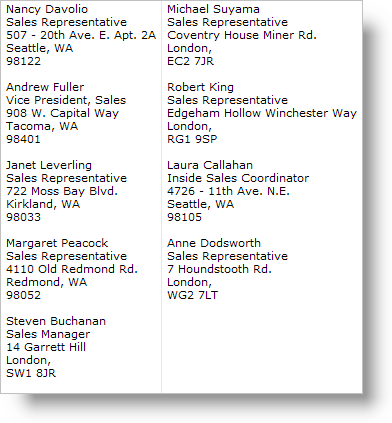 The example above shows the same data in a 3-column list. Note that because the orientation of this list is "Down", the sort order (based on Last Name) causes the data to be arranged in a top-to-bottom fashion. 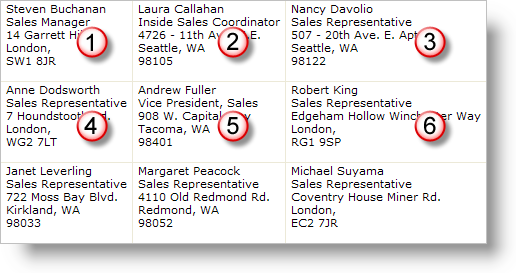 Now the list, shown above, has been switched to the "Across" orientation, so the sort order runs left-to-right

Developers can choose any type of datalayer element to retrieve data for the list. Label elements are used to display the data, and developers can combine them with other types of elements to organize the data.

The Data Multi-Column List element is used to create the list in a report definition. Multi-column lists are different from other types of data tables in that the number of columns that can be displayed is not dependent on the datalayer. Data Table Column elements arenot used and, instead, developers set the Data Mult-Column List element's Columns attribute to a numeric value that determines the fixed number of columns the list will display.

The number of rows displayed is determined automatically by distributing the data in the columns, based on the list orientation, beginning with the upper left-hand corner of the list. Any elements (other than datalayer elements) placed below a Data Multi-Column List element are repeated for each row of data in the datalayer. Content that must appear only once in the final report should not be placed within a multi-column list. 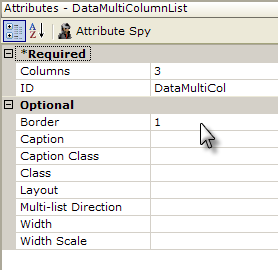 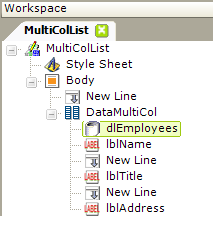