The Chart Canvas element's Series child elements cause a data visualization (the chart) to be rendered in the canvas. This topic discusses the Series.Scatter element.

The Series.Scatter element generates a Scatter chart, which displays a collection of points along Cartesian coordinates. 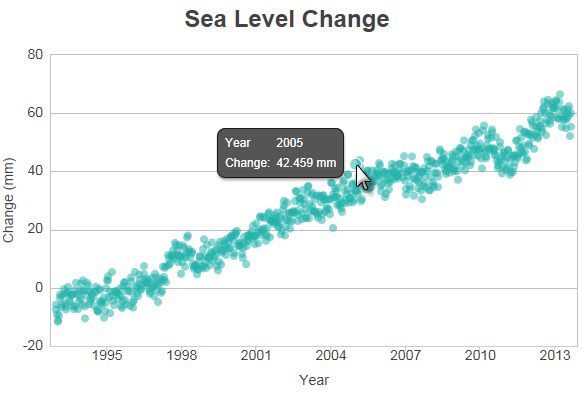 The example above shows a simple Scatter chart, presenting changes in sea level by year.

As shown above, the chart is created by adding Series.Scatter to the canvas, along with a datalayer. Very few attributes need to be set for the Series element in order to produce a basic chart.

Note that a datalayer element can be used either beneath Series.Scatter, as shown above, or beneath Chart Canvas. If used as a child of Chart Canvas, its data is available to all child Series elements. This can improve performance if you have several series, all using the same data, beneath the same Chart Canvas element.

The properties of the X- and Y-axis, including captions, are set using the X-Axis and Y-Axis elements, as shown above. To limit the number of years shown on the X-axis, a Ticks and Grid child element is used to set the tick mark interval. 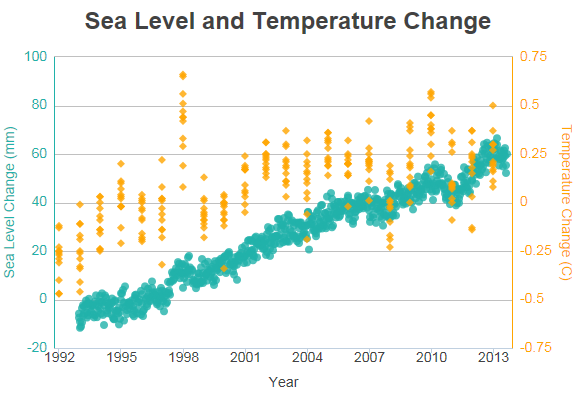 The example above shows two Series but, because they have different data value scales, a secondary Y-axis has been added on the right side. Many charts that compare multiple data series over time can use the same data scale for all series, but that's not the case here, so a secondary Y-axis is necessary. To see how this extra axis is implemented, see the section below.

The example above shows the two Series elements, their datalayers, and X- and Y-Axis elements used to produce the previous chart. Should they overlap, you can adjust which symbols appear "in front" of the others in the chart by changing the order of the Series elements in the definition. Setting the Series elements' Legend Label attribute will automatically cause the legend to be displayed.

You can combine different types of Series elements, for example, Series.Scatter and Series.Line, to produce combinations of visualizations.

Using the example shown previously, it's easy to add a secondary axis to a chart.

But which Series will use which Y-axis? You associate a Series with a Y-Axis element by setting the Series' Linked to Y-Axis ID attribute, as shown above, to the element ID of the desired Y-Axis element. Do this for each Series element.

The Series.Scatter element has the following attributes:

A "data label" is text shown next to each data point that shows its value. When the Data Labels element is used as a child of Series.Scatter, text representing the data values can be configured to appear on the chart, next to the symbols. 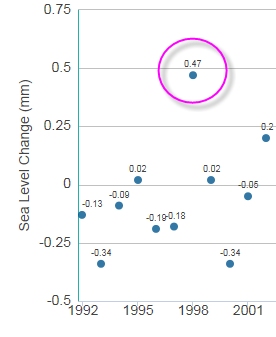 A "marker point" is a symbol that appears on the chart at each data point. These behave differently in a Scatter chart than in other types of charts: the marker point is the chart symbol itself. When the Marker Points element is used as a child of Series.Scatter, several properties can be configured. 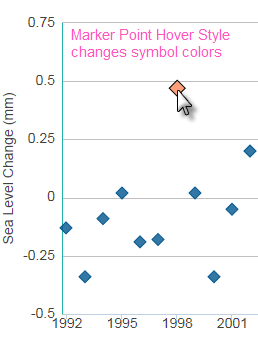 The default marker points are shown earlier, in the "Using Data Labels" topic. The marker points shown above are one of five symbol options that can be used. The Marker Points element allows you to control the symbol choice, its color and border color, and its transparency. When the cursor hovers over it, a symbol's color can change - the Marker Points Hover Style child element lets you configure that behavior and other properties.

By default, a "quicktip" is displayed when the mouse hovers over a symbol: 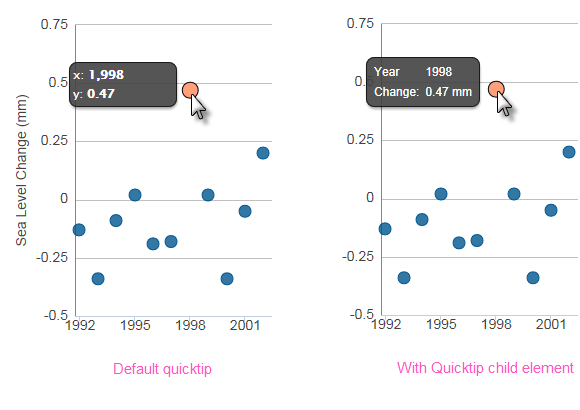 The automatically-generated quicktip displays information from the X- and Y-axes, as shown above, left. However, you may want to display other information or format it differently, perhaps as shown above, right, which can be done by adding a Quicktip child element beneath Series.Scatter and setting its attributes and child elements. Use @Chart tokens to include chart data in the quicktip. 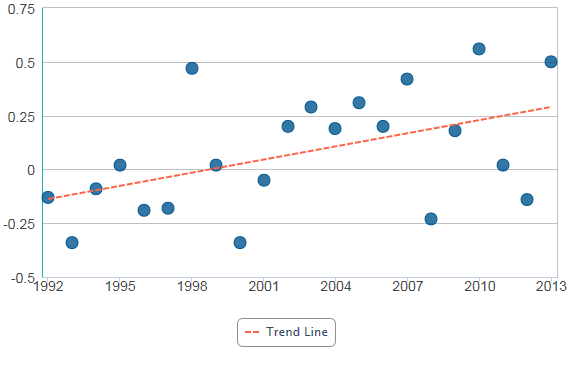 The Trend Line element is a child of the Series.Scatter element and can be styled for color, line width, etc. When configured with a legend label, it will be represented by an item in the legend, as shown above.