The Data Menu element is used to define a menu, with optional sub-menus, for use in Logi mobile reports. This topic provides guidance for using the Data Menu, with simple and complex examples.

About the Data Menu

Logi developers can use the Data Menu element to create menus and sub-menus for their mobile reports: 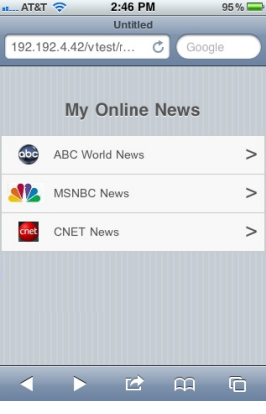 A typical menu is shown above. Each menu item appears in its own horizontal bar, followed by a right-justified ">" symbol. An optional image can be included to the left of the menu item. When the menu item is tapped, the application navigates to a sub-menu, a new mobile report, or a different URL.

The Data Menu can be used to create a simple menu or more complex menus that include a hierarchy of sub-menus.

The menu items, links, and all other required information are retrieved into a datalayer, so the menu can be data-driven and security can be applied. The attributes of the Data Menu element are used to identify the columns in the datalayer whose values comprise the menu items, image file names, actions, etc. that make up the menu.

The examples below assume that you're using a Logi Info build that includes the Data Menu element and that you're working in a Mobile Report definition.

The Data Menu element has the following unique attributes:

When working a hierarchy of sub-menus with DataLayer.Static, it is possible to construct and use Static Data Rows that do not necessarily all have the same number of columns. Different data rows contain data for different purposes and the Logi Server Engine won't object if columns exist in one row but don't exist in another row where they serve no purpose.

Obviously, if you use a database to provide your menu data, then all rows returned by a query will have the same number of columns. In that case, you'll need to ensure that the query returns all of the columns needed for all purposes.

The following example demonstrates how to construct a simple, one-level main menu in a Mobile Report. 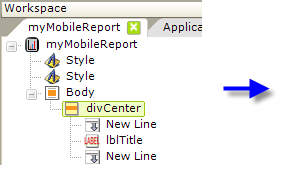 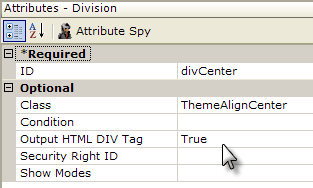 Your menu is now ready. Click the Preview button in Studio and an image similar to the one at the top of this document should be displayed.

Navigate to Another Report

If you want your users to tap a menu item and load a different Mobil Report definition, you can substitute Action.Report and Target.Report for Action.Link and Target.Link in our example. But, what if some menu items need to point to report definitions and some to URLs? In that case, you can "mix and match": 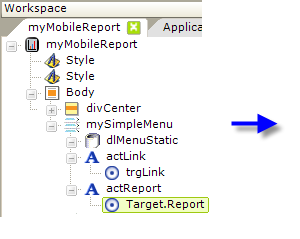 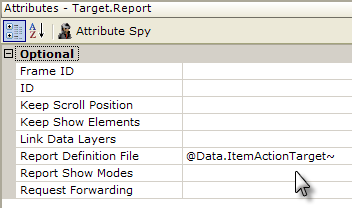 Add both Action.Link and Action.Report elements beneath the Data Menu, as shown above, then set the ItemActionID attribute value for each menu item to use the desired action element.

The following example demonstrates how to construct a more complex menu, with sub-menus, in a Mobile Report. Here's the menu hierarchy we'll build:

Your menu is now ready. Click the Preview button in Studio and test out the menu, sub-menus, and menu items.

The Data Menu element uses a "template file" to define certain element properties that are not otherwise available as attributes to the developer for modification. These include language- and culture-specific attributes that you may want to change for locale-based reasons (or you may simply want to change the element to better suit your application).

To do this, you can use the element's Template Modifier File attribute to identify a custom XML file you create containing custom elements that will override the same elements in the template file.

The Data Menu template file is: