Creating a Map with Polygons

The following examples show an implementation using Google Maps, but the child elements described are used identically for a Leaflet Map. Before starting to create an application that uses Google Maps, you must get a Google Maps API Key, in order to access the Google web service. Google Connections provides information about getting and configuring an API Key. The example begins below with the assumption that you've gotten an API Key and that you've configured a Connection.Google Maps element in your _Settings definition with it. 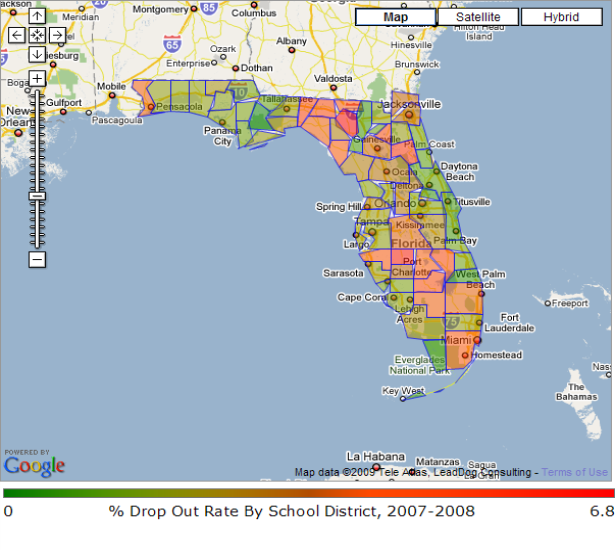 The resulting map looks like the example shown above. The map behaves like any Google Map and can be zoomed and re-centered. This topic continues on page two, with an example showing how to add drill-down capabilities to the polygons.