The Chart Canvas element's Series child elements cause a data visualization (the chart) to be rendered in the canvas. This topic discusses the Series.Pie element, and topics include:

The Series.Pie element generates a Pie chart, which is a circular chart divided into sectors, illustrating numerical proportion. 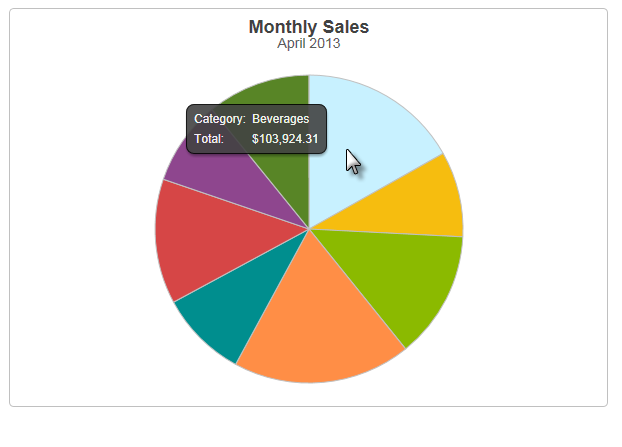 The example above shows a simple Pie chart, presenting one month's sales of different product categories.

As shown above, the chart is created by adding Series.Pie to the canvas, along with a datalayer and, typically, some child elements that may include Time Period Column elements, a Group Filter, and a Group Aggregate Column element. Very few attributes need to be set for the Series element in order to produce a basic chart. In the example, a list of custom wedge colors was provided.

Note that a datalayer element can be used either beneath Series.Pie, as shown above, or beneath Chart Canvas. If used as a child of Chart Canvas, its data is available to all child Series elements. This can improve performance if you have several series, all using the same data, beneath the same Chart Canvas element.

You can control the shape of the Pie chart in several ways. 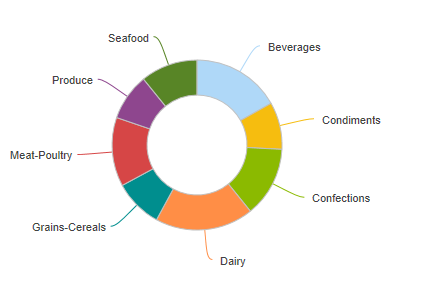 The example above shows a Pie chart with a "donut hole" in its middle. This is controlled by setting the Series.Pie element's Donut Hole Size attribute to a value, in pixels, equal to the diameter of the hole.

The example above shows a Pie chart that only fills part of the usual 360-degree pie space. This is created by using the Series.Pie element's Angle Start and Angle End attributes. The example uses Angle Start = 270 degrees and Angle End = 450 degrees. How do we come up with those numbers? 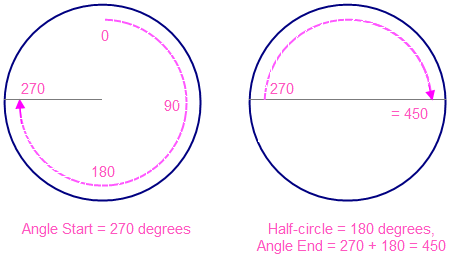 Just as it is with other Series, it's possible to add multiple Pie charts to one Chart Canvas. 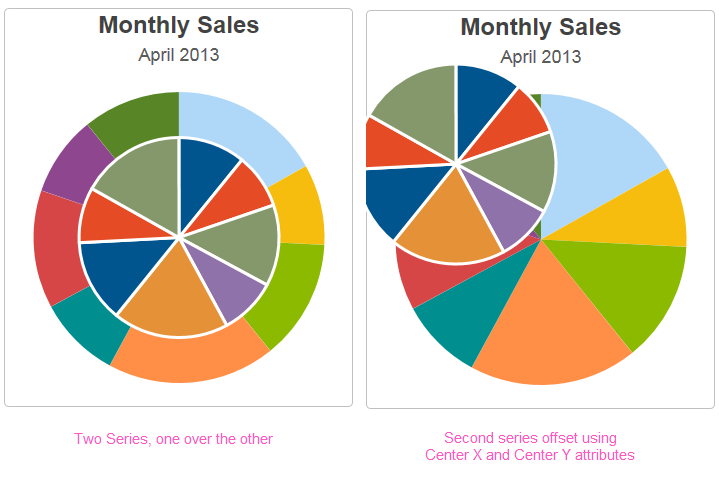 Overlaying Pie charts can produce "visual clutter" that's hard to decipher (and that's without any data labels displayed), as you can see in the example above, left. In the example above, right, however, the second Series has been configured so that it's off center, using its Center X and Center Y attributes, which provides a little more clarity.

You can combine different types of Series elements, for example, Series.Pie and Series.Line, to produce combinations of visualizations.

The Series.Pie element has the following attributes:

A "data label" is text that can be shown adjacent to each pie slice that shows its X-axis data value. This is controlled using the Label Location attribute (the Pie Label Style attribute in v11.2). 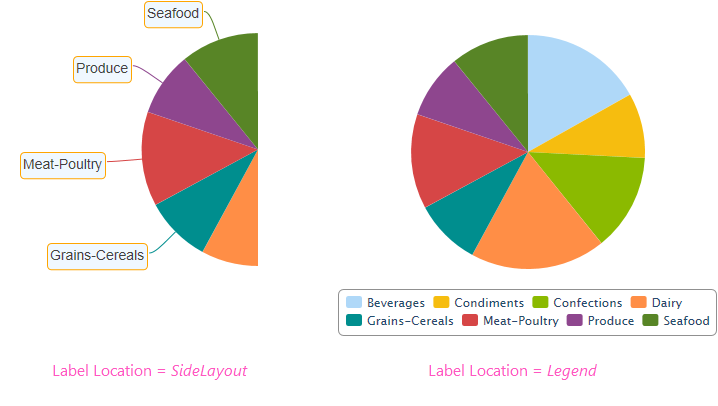 As shown above, labels can be placed beside the slices, or in a legend, or not shown at all.

When the legend option is selected, "legend filtering" is active: clicking a slice's entry in the legend will toggle its appearance in the chart. For more information about legends, see Legend. 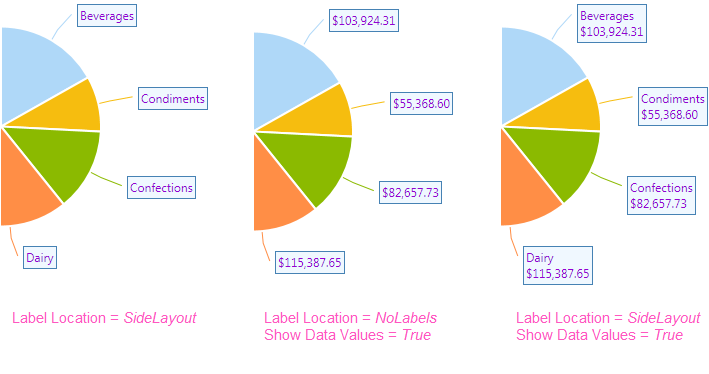 If you want to show the data values instead of, or with, the data labels near each pie slice, as shown above, use the Series.Pie element's Label Location, Show Data Values, and Show Data Values Format attributes.

In the example shown above, the data values are displayed as percentages. This is done by adding a Percent of Total Column element to your datalayer and using it as the chart's Y-axis Data Column. The Show Data Values and Show Data Values Format attributes are then set as shown.

By default, a "quicktip" is displayed when the mouse hovers near or over a pie slice: 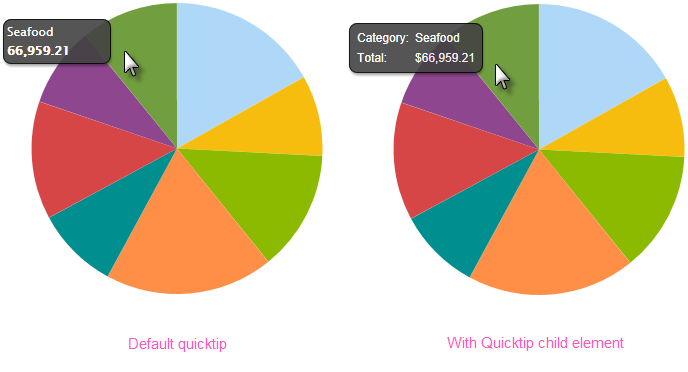 The automatically-generated quicktip displays information for the X- and Y-axis, as shown above, left. However, you may want to display other information or format it differently, perhaps as shown above, right. This "custom" Quicktip is created by adding a Quicktip child element beneath Series.Pie and setting its attributes and, optionally, using its Quicktip Row child element. Use @Chart tokens to include chart data in the Quicktip.

Action elements initiate processing of a report or process task definition, redirection to a link, or other processing when a pie slice is clicked.