The UnCrosstab Filter element is used with datalayer elements to "un-pivot" or "reverse pivot" rows of data into columns of data. It converts one row of multi-column data into multiple rows, each with a single data value. This topic discusses use of this element. 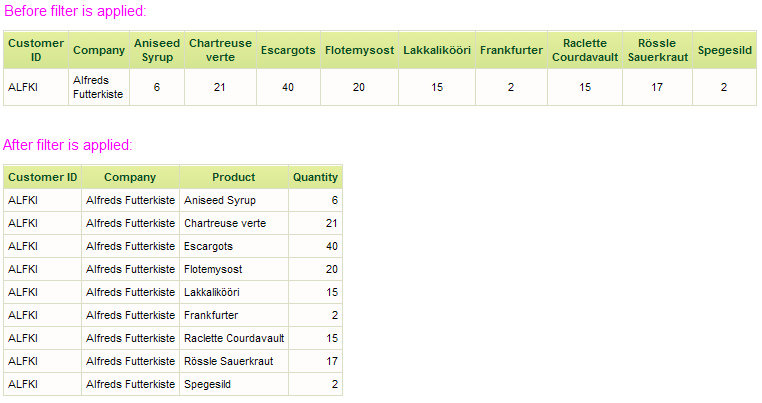 It's a little easier to understand the filter's actions when you can see the effect limited to one row, in a data table, as shown above.

This "un-pivot" action normalizes the data on the fly and, among other applications, can be really useful when having to work with data imported from spreadsheets.

The following example illustrates how the UnCrosstab Filter is used: 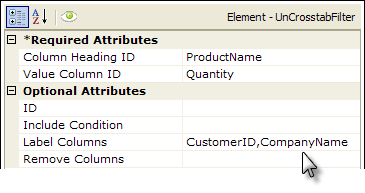 The UnCrosstab Filter element also has an Include Condition attribute: 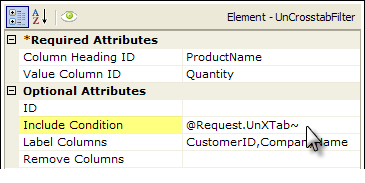