The Chart Canvas element's Series child elements cause a data visualization (the chart) to be rendered in the canvas. This topic discusses the Series.Bar element.

The Series.Bar element generates a Bar chart, which uses either vertical or horizontal bars to show comparisons among categories. 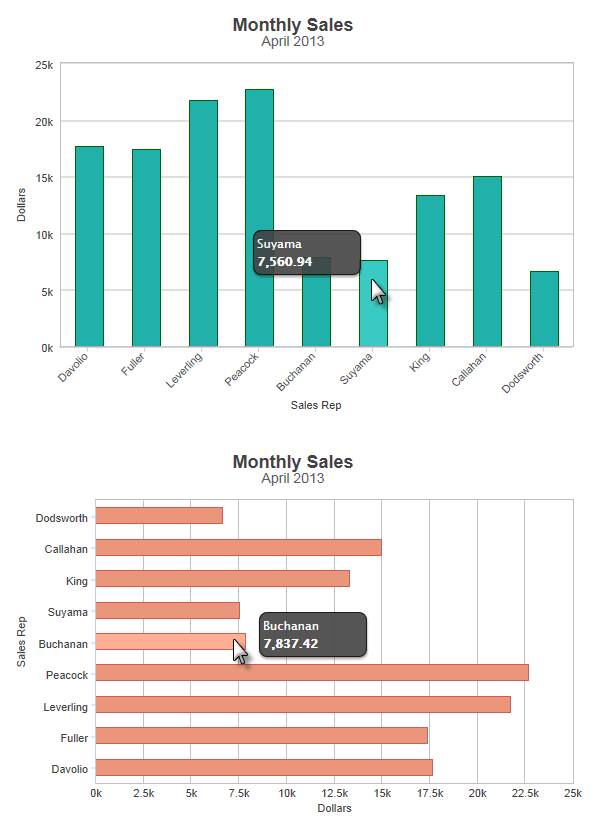 The example above shows a simple Bar chart, representing sales per month by sales rep, in both vertical and horizontal orientations.

As shown above, the chart is created by adding Series.Bar to the canvas, along with a datalayer and, typically, some child elements that may include a Group Filter, and a Group Aggregate Column element. Very few attributes need to be set for the Series element in order to produce a basic chart.

Note that a datalayer element can be used either beneath Series.Bar, as shown above, or beneath Chart Canvas. If used as a child of Chart Canvas, its data is available to all child Series elements. This can improve performance if you have several series, all using the same data, beneath the same Chart Canvas element. 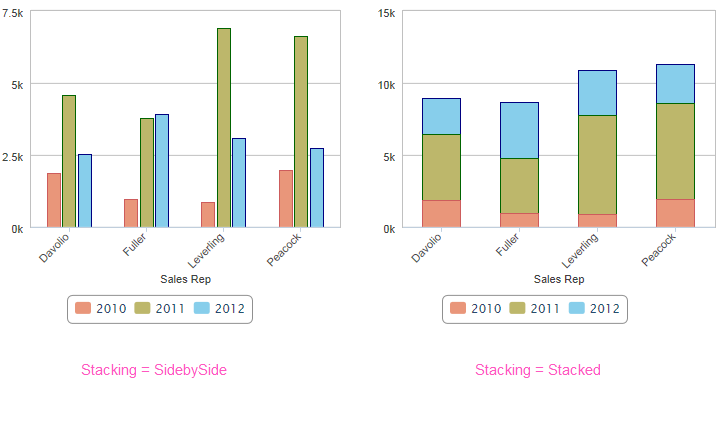 You can combine different types of Series elements, for example, Series.Bar and Series.Line, to produce combinations of visualizations. A good example of this is when you wish to use forecasting. 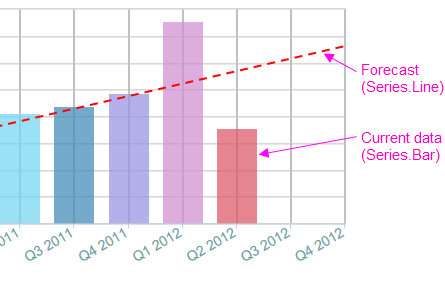 The Series.Bar element has the following attributes:

Use the Data Labels Element

A "data label" is text shown near each data point that shows its value. When the Data Labels element is used as a child of Series.Bar, text representing the data values will appear on the chart: 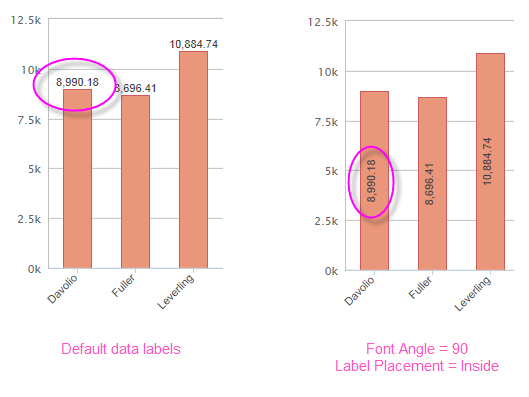 By default, with a single data series, the data labels will appear outside the bar, as shown above, left. The Data Labels element has attributes that allow you to control the font family, color, size, and weight, the data format, border color, and positioning of the text. The example above, right, shows data labels placed inside the bars and rotated 90-degrees. When series stacking is being used, the default is for data labels to appear inside the bars.

Use the Quicktips Element 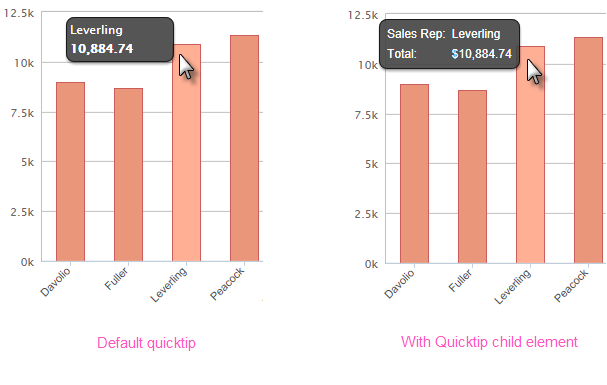 The automatically-generated quicktip displays information for the X- and Y-axis, as shown above, left. However, you may want to display other information or format it differently, perhaps as shown above, right, which can be done by adding a Quicktip child element beneath Series.Bar and setting its attributes and child elements. Use @Chart tokens to include chart data in the quicktip. 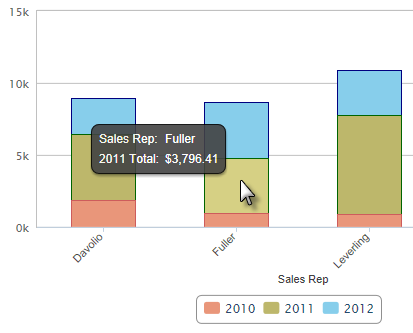 When using stacked series, if each series has its own Quicktips child element, the data shown in the quicktip will vary depending on which stacked segment the cursor hovers over, as shown above.

Use the Trend Line Element

The Trend Line element is a child of the Series.Bar element and can be styled for color, line width, etc. When configured with a legend label, it will be represented by an item in the legend, as shown above.