After you've developed your Logi application on your development machine, it's time to deploy it to your production server. There are several ways to this, and they're all discussed in Deploy a Logi Application.

The easiest of these methods is to use Studio's Application Deployment tool. Before you use it, however, ensure that:

Studio's Application Deployment tool is capable of copying all or part of your application to the production server, using either file system copy commands to local or shared network drives, or one of three flavors of FTP (standard, SSL, or SSH). In Studio, the details of each operation are called a "deployment target" and they can be saved for later reuse.

The Application Deployment tool is started in Studio by selecting it from the Main Menu Tools tab, as shown above. 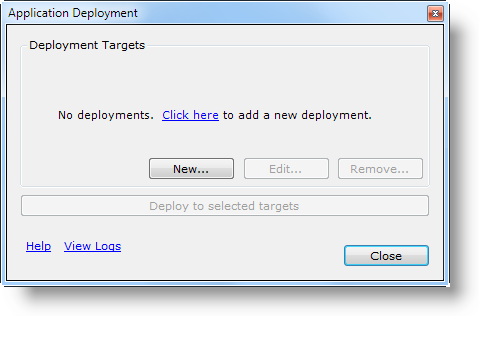 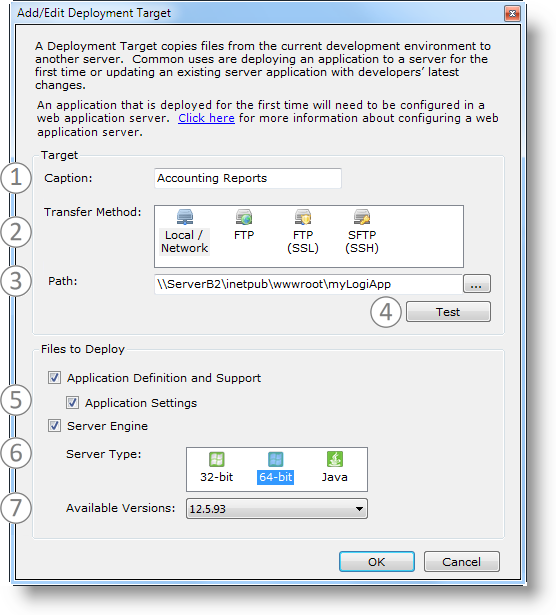 Once a deployment target has been defined, it appears in a list... 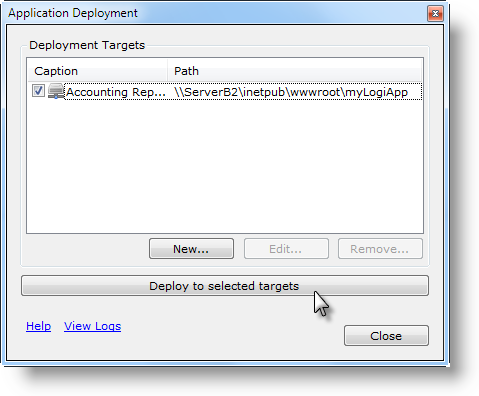 ...as shown above, where it can be managed and edited. To run a deployment, check its check box and click the Deploy button. If multiple deployments are selected, they'll run consecutively. 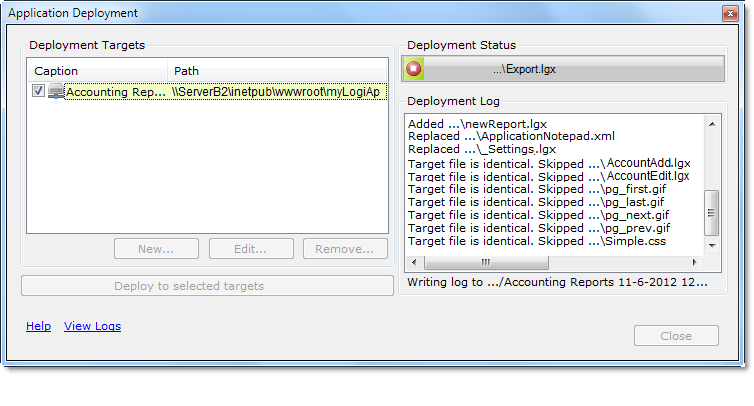 The Deployment dialog box will expand to display the results of the process, as shown above. The running log indicates which files are added, replaced, or skipped. Deployment process logs are created in the rdDeployment folder beneath each Logi application folder as text files and are accessible through the View Logs link.

Finally, the deployment will complete and a direct link to its log file will be displayed.