The Chart Grid is a tabular arrangement of charts, wherein each chart fills a table cell. As a "super element", the Chart Grid includes an interface that allows users to customize the table and charts at runtime.

The following topics describe the Chart Grid Wizard in Logi Studio, which can be used to quickly create a Chart Grid:

For information about the capabilities and features of the Chart Grid, see The Chart Grid. The Chart Grid displays a tabular arrangement of bar, line, or scatter charts, with each table cell containing a separate chart. All of the charts in the grid will be of the same type; it is not possible to mix chart types in different rows or columns. The Chart Grid is a "super-element", similar to the Analysis Grid and the Chart Grid elements. At runtime, users can manipulate the data they see and the way in which it's presented using the Chart Grid's user interface controls. The report developer has complete control over which controls are available to a user and can present them selectively to different users. 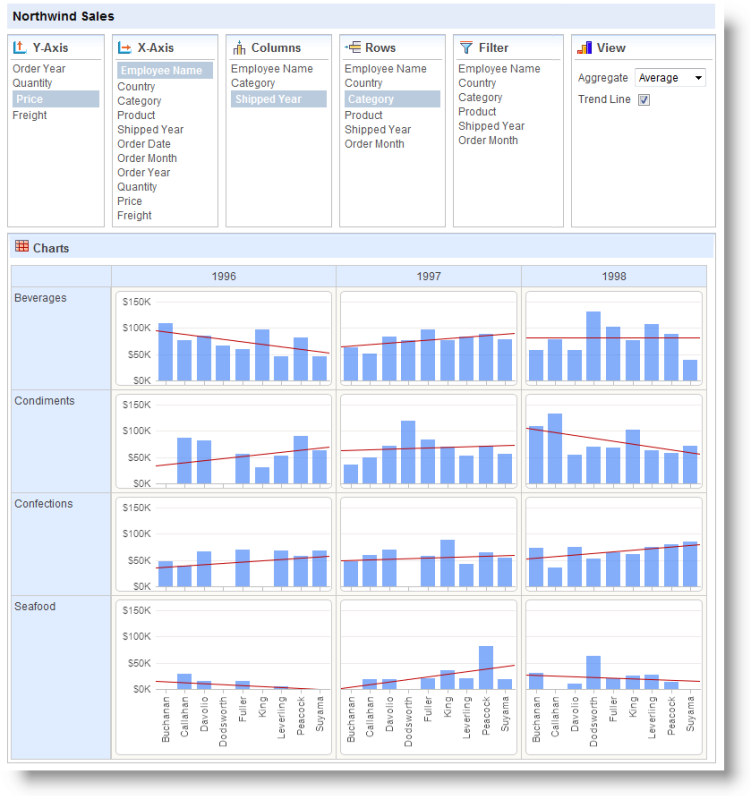 The example above shows a Chart Grid configured to show all of its option panels.