Dataviews in the Metadata Builder Wizard

The Active Query Builder allows Analysis Grid users to determine what dataset to work with, by giving them a way to interactively select tables and joins, at runtime.

The tables, views, columns, and relationships are available for use with the Active Query Builder are determined by building a "metadata file", associated with a Connection element, which enumerates all of the database objects that will be available to users for selection in the Analysis Grid. The Metadata element provides a tool, the Metadata Builder wizard, which is used during development to create the file.

To do this, the Metadata element is added as child of the Connection.Logi DataHub v3 element in _Settings, as shown above. 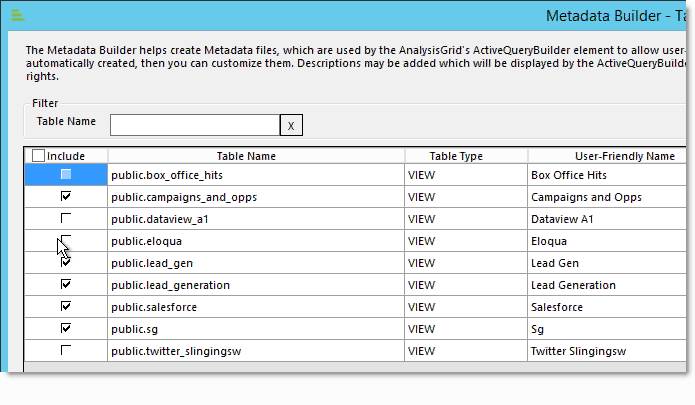 The Metadata Builder wizard is then used, as shown above, to create the metadata file for the Logi DataHub v3 dataview. 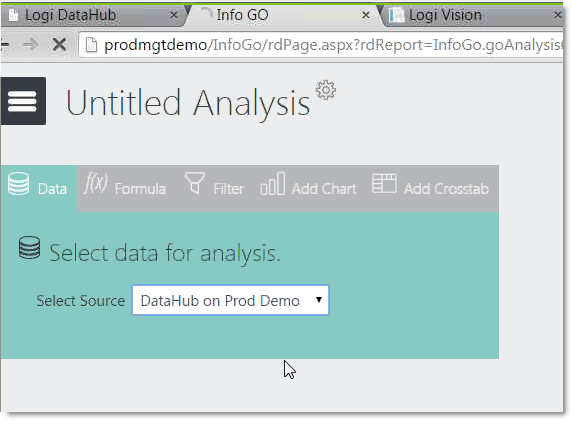 The Active Query Builder is then able to use the Logi DataHub v3 metadata and display it in the Analysis Grid interface, as shown above.