When to use version control?

The choice of a version control system is dependent on the complexity of the application requirements.

Note: Logi customers use a variety of version control systems, but this article discusses using Logi Info with Git

Git Extensions is a plug-in that provides quick and easy access to Git, when it's being used as the application's source control repository. It is enabled when a Git Extensions installation is detected and when an application ancestor folder contains a .git file. 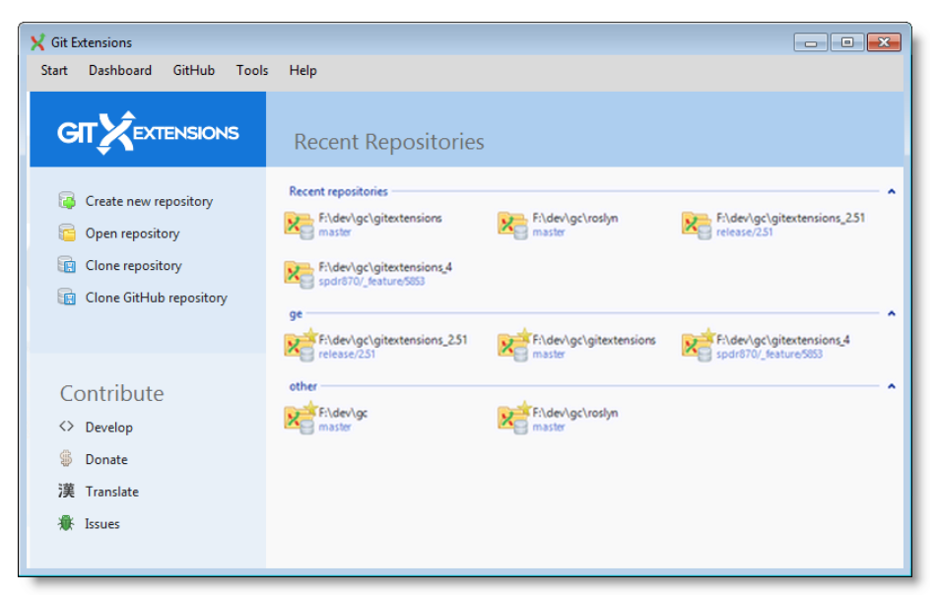 What Logi Files are Subject to Change?

A Logi application is made up of two major components

Whereas the "Logi Engine" remains static other than on upgrades, Developer generated content updates as frequently as a report developer needs to introduce more features. 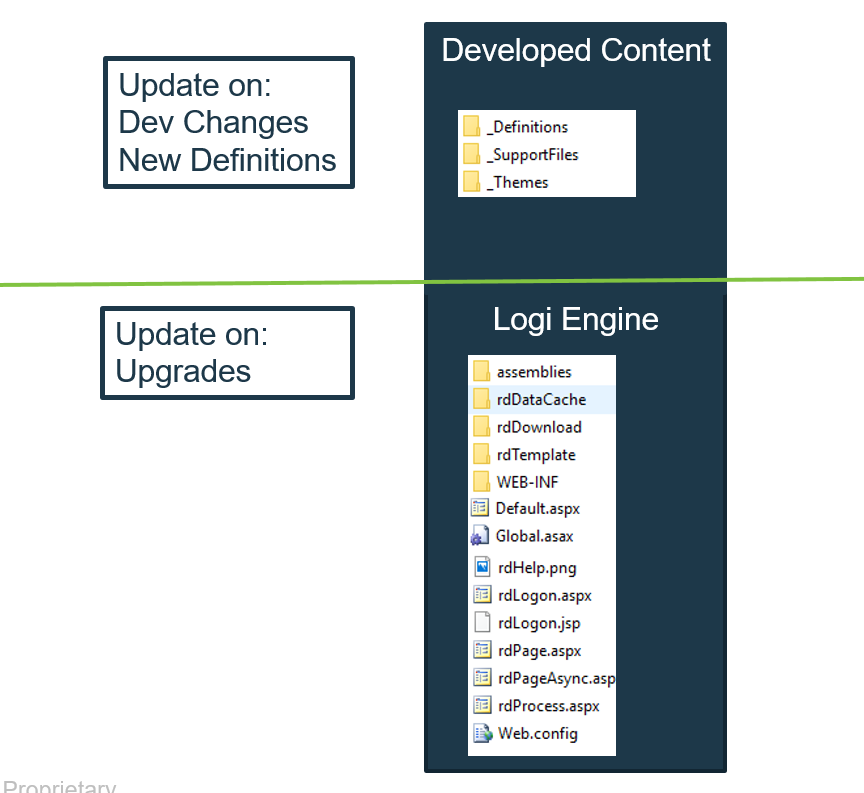 Thus, a key decision when using source control with Logi Info is whether or not to include the Logi Info "engine files" in a Git repository.

Each method has pros and cons and should be evaluated for each situation on a case by case basis. The ultimate decision to either include or not include “engine files” depends on the requirements of that specific deployment.

Scenario 2 [“Excluding engine files”] is the most adopted method. With a large number of constantly changing applications deployed to several locations (including servers and personal workstations), it's more flexible to allow each deployment to run on independent Logi engine versions with its own cache, while versioning only the definition/settings/support files that constitute the application.