Using a Popup Panel with a Link

Adding a Popup Panel to your report definition is simple and straightforward: 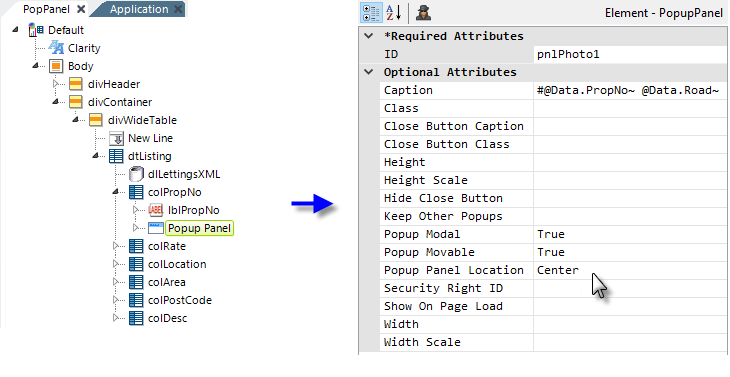 In the example above, a Popup Panel element (named "pnlPhoto1") has been added to the definition in a Data Table column. Its attributes have been set to control its behavior.

The panel's caption will display data from the datalayer, through the use of @Data tokens, which is why the Popup Pane has been placed as a child-element beneath a Data Table Column element. Otherwise it could have been placed anywhere in the definition.

Next, below the Popup Panel element, an Image element has been added, as shown above, and its Caption attribute set to data returned from the datalayer that specifies the image filename.

Finally, a link has been created, which shows or hides the Popup Panel, by adding an Action.Show Element element to the Label element that displays the data in the report's Property Number column. Its attributes are set to make it act upon the Popup Panel ("pnlPhoto1") and to cause the panel's visibility to toggle, or alternate, between shown and hidden. 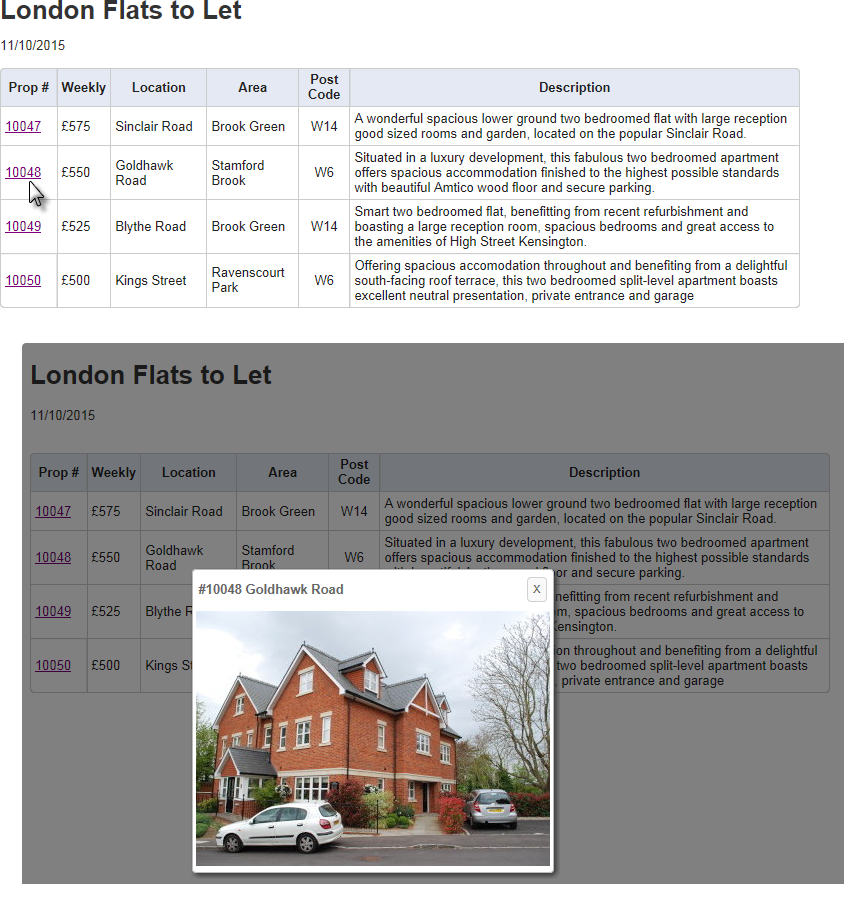 The examples above show the Data Table and what happens when one of the Property Number links is clicked. The report is disabled when the panel is displayed and the background is "grayed" out because the Popup Panel has been set to Modal.

When you place a popup panel in a Data Table column, an instance of the panel will be generated for every row in the Data Table. This could have performance implications when using large data sets. Another technique, placing the Popup Panel element outside of the Data Table, is discussed in Passing Parameters to a Popup Panel.