Data fusion joins are key to the success of your attempts to fuse data. So they must adhere to the rules described in this section.

You can explicitly specify the type of join that occurs for fusion: inner join, left outer join, or full outer join. Right outer joins are not supported. The join type can be selected for each pair of mapped fields in a join condition. 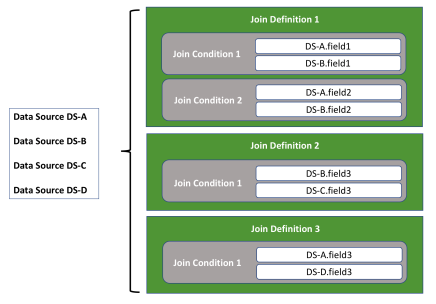 The following rules must be adhered to for data fusion joins: