The Dimension Grid is a "super-element", similar to the Analysis Grid and the OLAP Grid elements, used with Logi XOLAP data cubes.

The following topics describe the Dimension Grid and related elements:

Logi XOLAP has been deprecated; the related elements are still supported, for now, and will work but they're no longer available in Logi Studio

About the Dimension Grid

If you have not done so already, see Logi XOLAP for important basic information before proceeding here.

At runtime, Dimension Grid users can manipulate the data they see and the way in which it's presented using the Dimension Grid's built-in user interface controls. The report developer has complete control over which controls are available to a user and can present them selectively to different users. 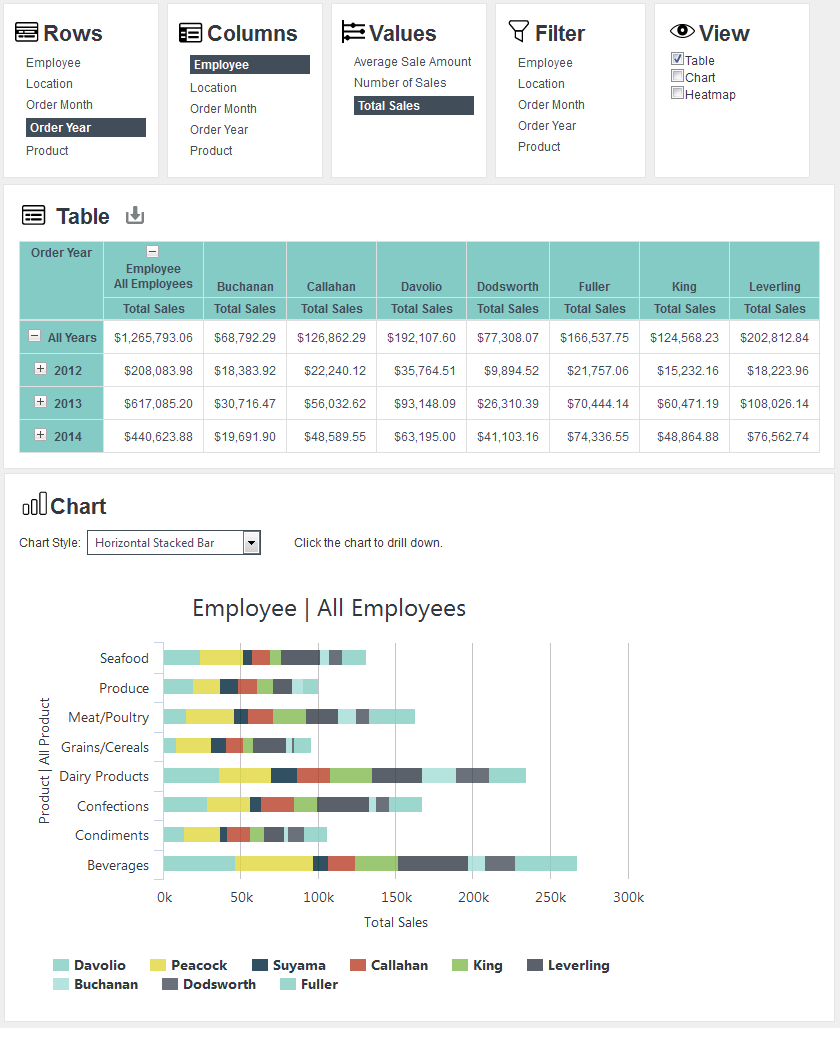 The example above shows a Dimension Grid configured to show two of its option panels and set to include a Bar chart. The Data Table behaves like a Crosstab Table, and can pivot data.

The Dimension Grid settings configured by a user can be saved at the end of their session and restored during a later session.

Dimension Grid charts include a number of versatile features: 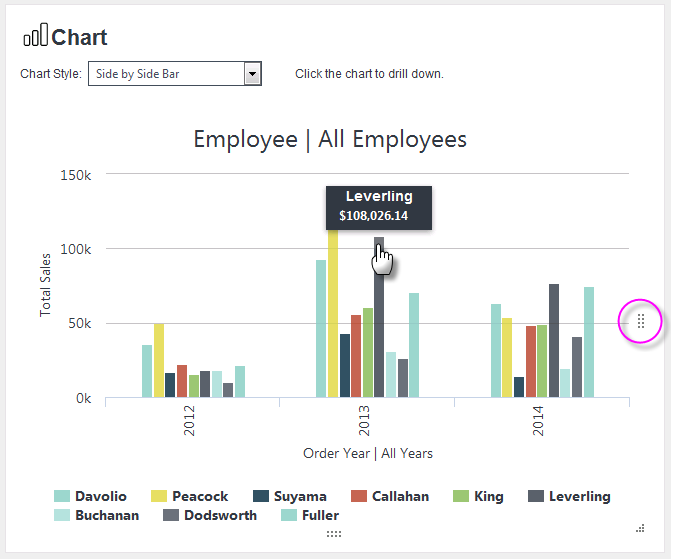 In addition, you can drill-down into the data by clicking on chart segments. When you do, the chart will redraw itself at the new level of detail. Click the appropriate chart icon in the Data Table to return to the previous data level. 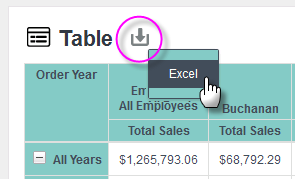 Data from the Dimension Grid table can be exported to Excel using the Export icon, circled above.