It's a good design practice to start by envisioning the endresult: for example, we want a professional-looking report, with a Data Table and some data selection filters in it. Let's give that vision some substance by drawing on paper the large regions that will be the report's top-level containers. 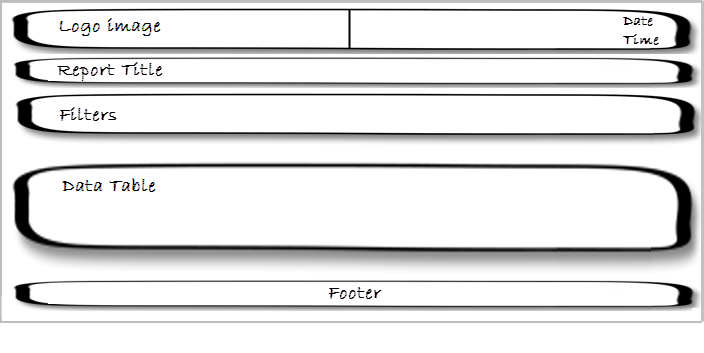 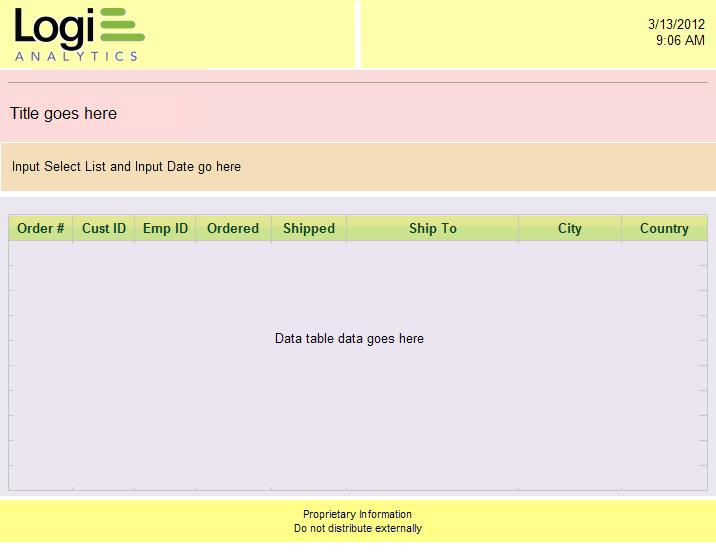 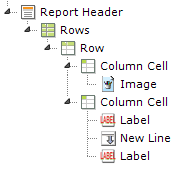 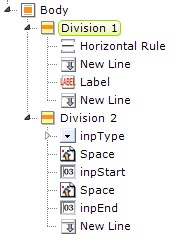 Our example doesn't require a menu, but many Logi applications do. We're not going to discuss them here but Logi Info provides several ways to implement different menus, depending on your needs. Menu Tree elements are used in Master Reports and, with or without them,offer a quick and easy way to build a menu, while Pop-up menus display a panel with menu options, and the Report Center Menu is useful for displaying a menu based on the available reports. See Menu Tree Menus, Popup Menus, and ReportCenter Menu respectively, for more information.